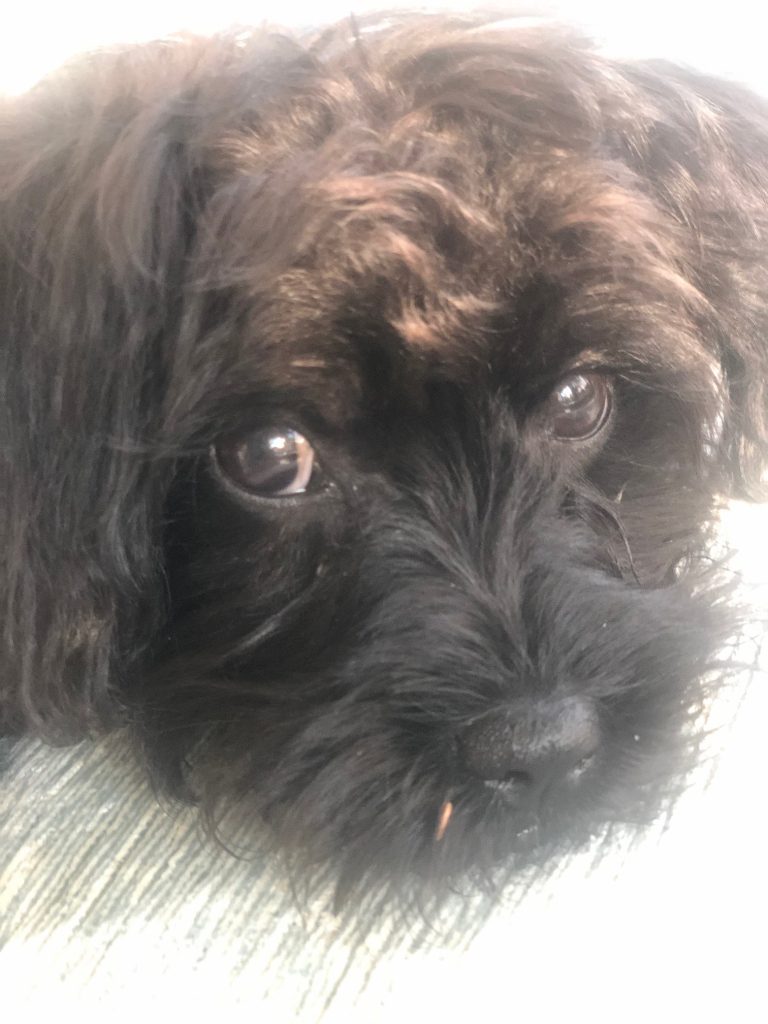 In the morning we rise when Daisy cries. She cries to be released from the crate.

I reach in, retrieve her, and she and I go to Pepper’s crate. Daisy bounds in with bunny jumps and face licks and face nips and ear tugs, then we rush outside before she has an accident.

When we come in, I serve the girls breakfast.

When the sun is shining, and when it is not, we go outside to play. Daisy must wear her long rainbow leash so she doesn’t leave the yard. She is a kite with a long rainbow tail darting here and there after Pepper, who mostly ignores her. 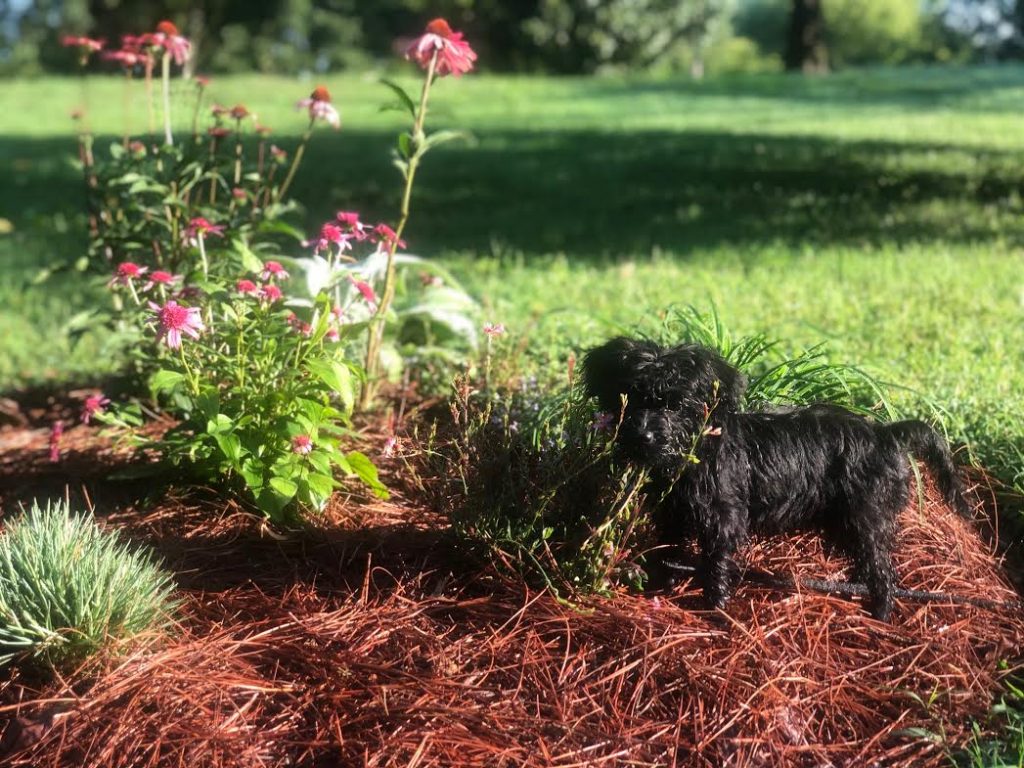 Daisy cuts the coleus plants down to size.

Daisy steals Pepper’s frisbee and sneaks away with it.

Daisy barks, and Pepper comes running. Daisy is barking at a shovel that doesn’t seem to pose a risk to person, plant, or animal.

We come inside and Daisy immediately poops. I clean that up and unload the dishwasher and answer some emails and then she is getting fretful and jumping on Pepper’s tail as if it were a small furry snack so we go outside again – where spirits improve.

By noon, Daisy is ready for lunch and a long nap. She won’t eat her kibble unless I mix in pimiento cheese.

When Daisy sleeps, Pepper joins me on the sofa in the library.

“Why does she eat flowers?” Pepper asks.

“Why does she poop in the house?” Pepper asks.

“She is hard to understand,” I admit. “But I seem to recall that you did a few silly things when you were young.”

“I feel old now. Older than my years. Is Psycho Nugget here to stay?” she asks, and I pet her soft head.

“I don’t know,” I answer truthfully. “Ruth may want her back, or we will keep her. Nothing lasts, dear Pepper. Either Ruth will retrieve her, or she will grow up. Either way, before you know it.”

Pepper rests her head in my lap. She’s not reassured, I think.

I think of the 8 pounds of Daisy Baby snug in my lap and the occasional smile playing on Pepper’s face when the worshipful Baby licks her. 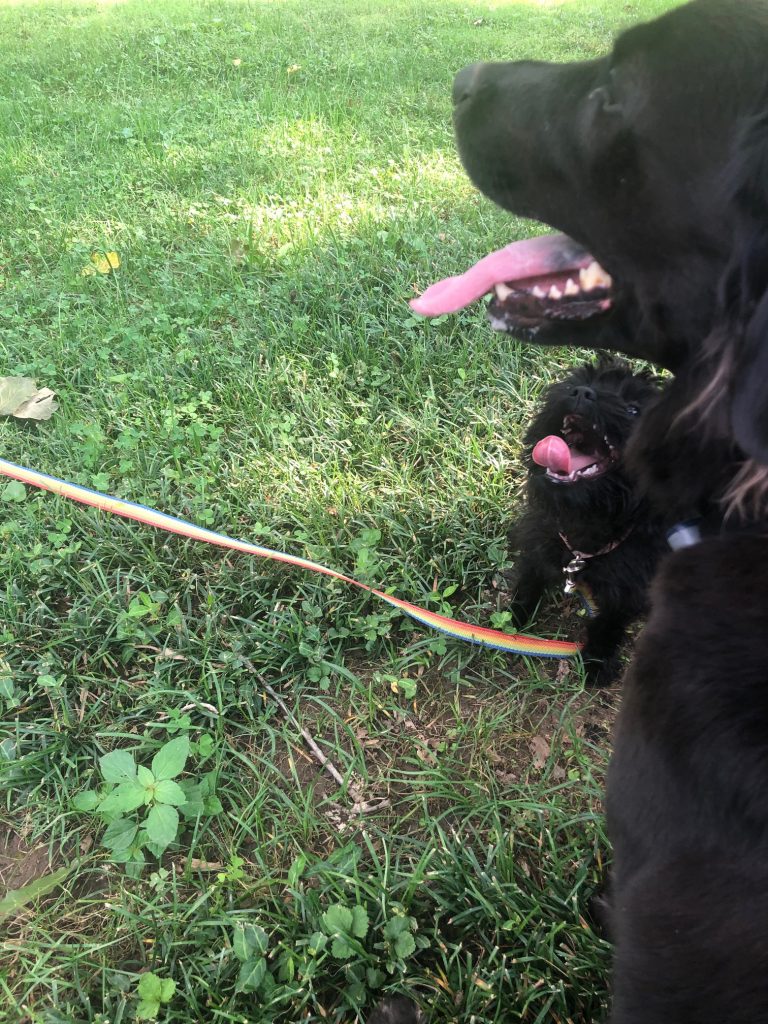 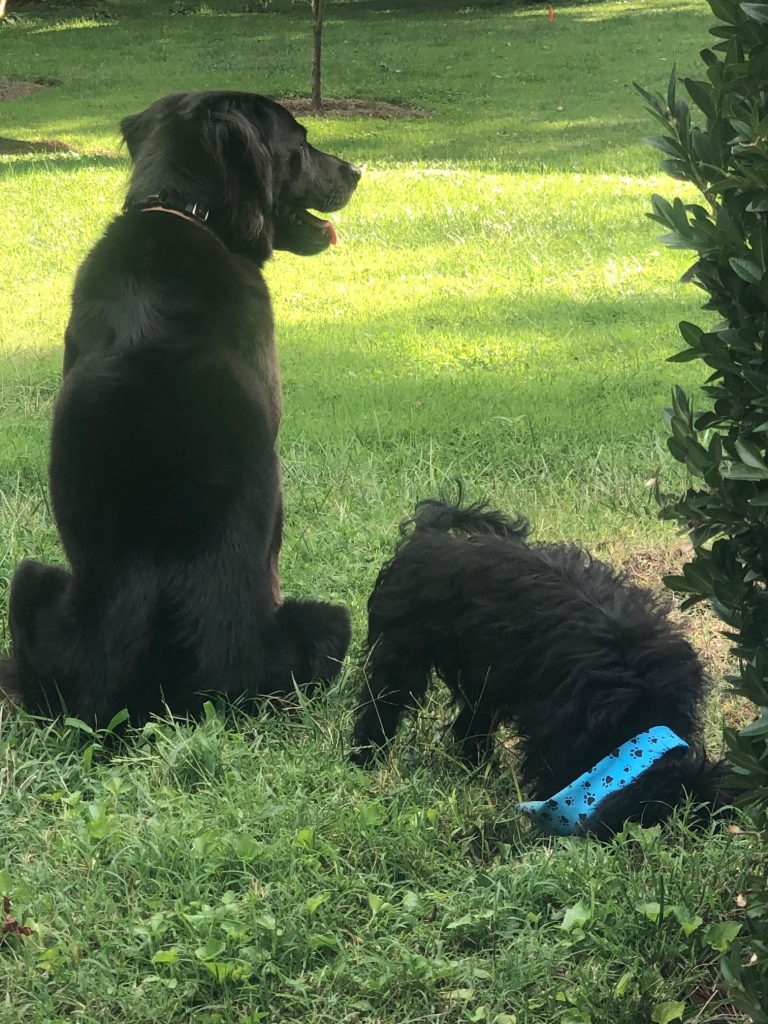 Let’s be patient, I think. In this and many things. Nothing lasts. 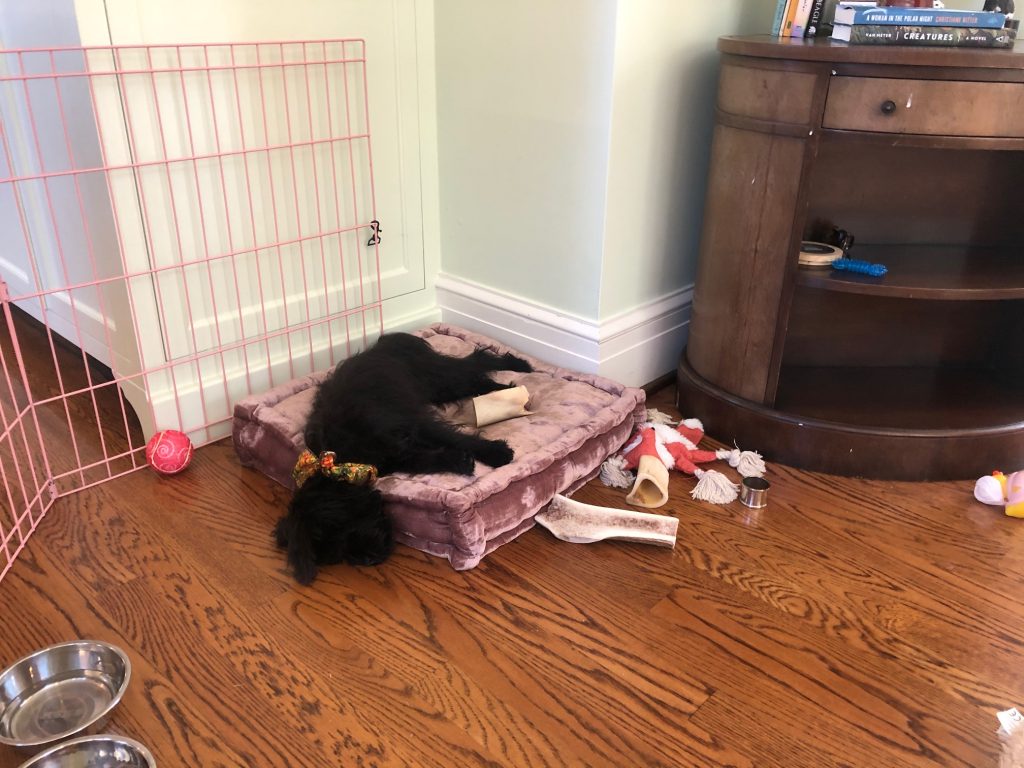 “Why does Daisy sleep with her head dangling off the cushion?” It is one of life’s great mysteries.

“You must pay for everything in this world one way or another. There is nothing free – except the grace of God,” says Mattie Ross, fictional character in “True Grit”.

“No test, no testimony,” says my friend Vanessa Hickman, quoting her pastor.

You can find me at about the 45 minute mark in the video below. Our minister Ryan Moore’s reflection begins at about the 25 minute mark. Carrie Hininger ran the show beautifully as this year’s Moderator…