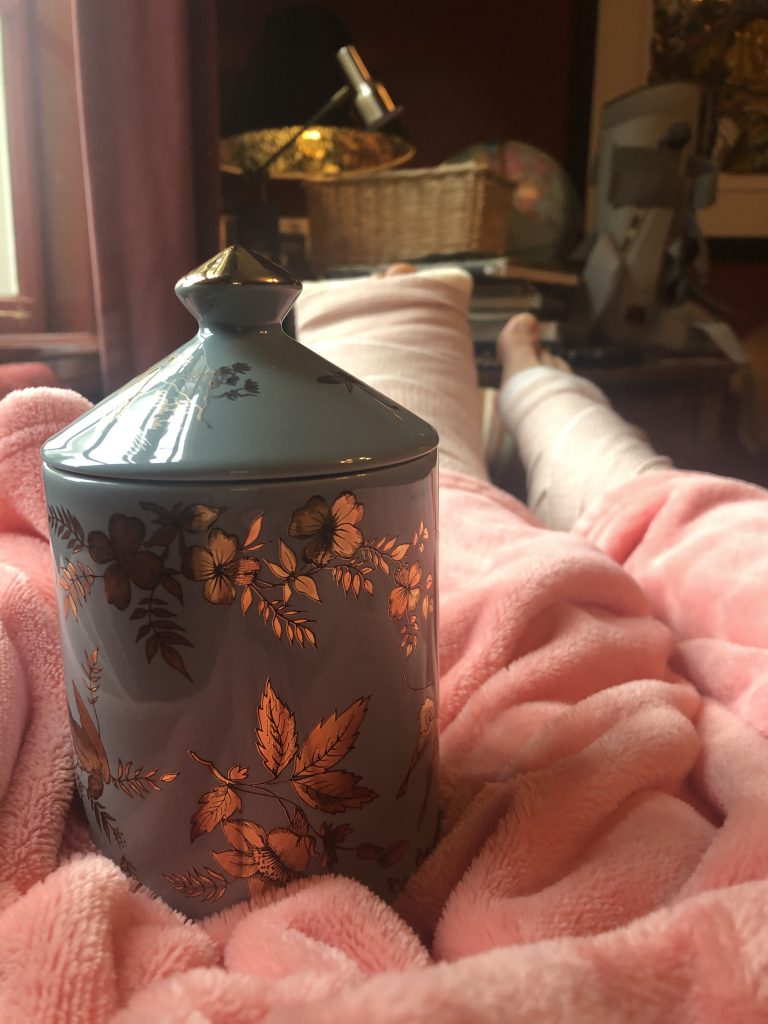 I’ve seen a lot of kindness the last 6 days, after taking a spill with Daisy the puppy on the stairs while spending a weekend away. A surgeon in Nashville repaired the 3 broken bones in my left ankle, adding some shiny new hardware and reattaching a tendon; the 2 breaks in the right foot will heal on their own in a boot. In the meanwhile – immobilized, awake with hot pain – I’ve had time to reflect.

This may be a strange and awful blessing, this time.

Though first published in The Paris Review 18 years ago, Denis Johnson’s Train Dreams is a book for our time – racially motivated violence masquerading as the maintenance of order; sudden, feverish, deadly illness; catastrophic forest fires; and for its protagonist, Robert Grainier, sadness, loneliness, and isolation. It accumulates such that Grainer “feel[s] it all to be some sort of vast pronouncement, maybe the alarms of the end of the world.” 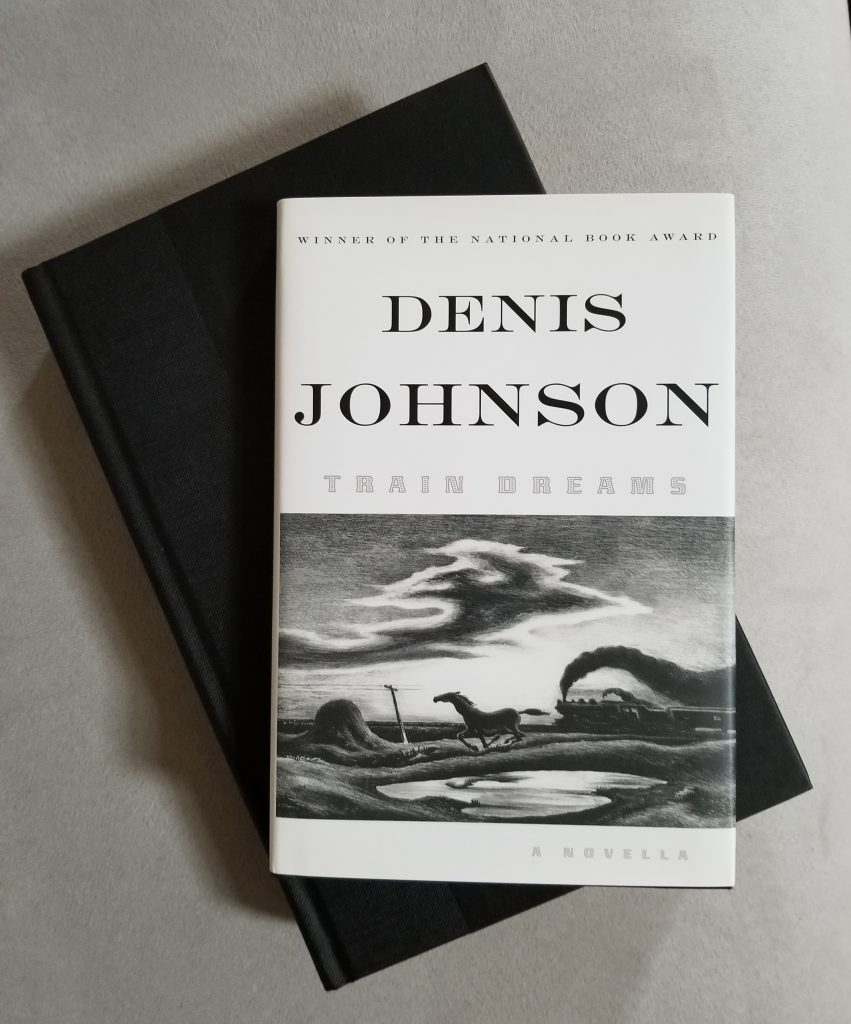 Train Dreams is a novella, running only 116 pages, but that also makes it a book for our time. Do we really have the appetite in these unsettled days for 400 pages, at least one third of which are padding, or do we want things trimmed close to the bone, giving us only what we need the most? And this is Denis Johnson, mind you, so it’s not amateur hour. These 116 pages are abundant in his usual brilliance.

While there is a story here – a man who loses everything, and is forced to rebuild his life in a world turned “gray, white, black, and acrid” – the narrative (such as it is) seems secondary. Like a Terrence Malick film, the book exists more to be experienced and felt than to be anatomized and understood. That being said, also like a Terrence Malick film, if one does choose to anatomize, each dissected portion reveals riches.

The book begins in Idaho in the summer of 1917, with Grainier and three other railroad workers manhandling a Chinese laborer with the design of throwing him off a railway trestle to his death for an alleged theft from the company stores. The laborer escapes and flees, and afterward, home with his wife and infant daughter, Grainier finds himself “astonished now at the frenzy of the afternoon,” bewildered at his romance with violence and “how it had carried him away like a seed in a wind.” There is no moral awakening here, though. Grainier believes the laborer called forth a curse as he escaped, and finds himself wishing they had killed the laborer before he had a chance to curse them.

It will not be long before the curse, or perhaps a more earthly retribution born from nature, takes hold. While Grainier is working in a logging camp in Washington state in 1920, the camp is beset by a lethal fever and is forced to close, and when Grainier returns home to Idaho, he finds that a fire has destroyed the valley where he makes his home, leaving only “a silvery snow of ash.” Finding his cabin in ruins, and with no hope that his family survived, Grainier falls to his knees in the still warm ash and weeps. Seeing no sign of the family Bible among the destruction, he reasons that “[i]f the Lord had failed to protect even the book of his own Word, this proved… that here had come a fire stronger than God.” He hears a train moving through the blackened valley, “making a great noise, but unable to wake this dead world.”

For the remainder of his life, Grainier becomes something of an Odysseus, and we accompany him in his travels and his varying labors. We meet the Native American Kootenai Bob, perhaps the person most closely approximating a true friend for Grainier, who falls unconscious across a railroad track and is run over by a succession of trains, his body scattered and then collected like that of Osiris. Then there is the “lone prospector [who] had blown himself up in his shack while trying to thaw out frozen dynamite on his stove,” but is saved by his dog and lives to enjoy free whiskey when he eventually is found and carted to the local saloon. And there is Peterson, a surveyor shot by his own dog, with “a dented head and crazy eye,” prompting Grainier to ask him, “Sir, are you dead?” He has visions of his wife, and believes he encounters his daughter, somehow having survived the fire and now older, in the form of a wolf-girl.

Grainier returns home periodically, and eventually builds a new cabin on the site of his previous home. Here he dreams of trains, and takes up howling with wolves, an exercise that “flushed out something heavy that tended to collect in his heart.”

As he ages, Grainier has his jaw broken by an errant limb, and his joints fail him, and he realizes that he is “finished as a woodsman.” He feels “made of lead – thick and worthless.” Though lonely, he never remarries. He lives past 80, and when he finally dies in his sleep in late 1968, “he lay dead in his cabin through the rest of the fall, and through the winter, and was never missed.”

Again, though, the story (such as it is) is not the point, I don’t think. The point, to me, simply is that Grainier lived a life in this world, and experienced its terrors, its hardships, its natural glories, and its occasional pleasures, and did what he could to survive among them. The world made no special allowances for Grainier, and makes none for any of the rest of us. Johnson describes it this way, through Grainier’s dreams: “[O]ften he dreamed of trains, and often of one particular train: He was on it; he could smell the coal smoke; a world went by. And then he was standing in that world as the sound of the train died away.”

I personally don’t find this dispiriting. Recognizing that we all simply are trying to make our own way through provides us with a commonality that hopefully will prompt us to show a measure of kindness when we can.

But if you feel that my view strips the world of a larger meaning that you have found in your experience that it possesses, or that my takeaway from the book leaves you cold, don’t let that dissuade you from reading Train Dreams. Again, this is Denis Johnson. There is great stuff here.

Consider this description of Grainier’s fire-tending dream: “And finally, by the time he’d passed a couple of months in solitary silence, Grainier dreamed only of his campfire, of tending it just as he had before he slept – the silhouette of his hand and the charred length of lodgepole he used as a poker – and was surprised to find it gray ash and butt ends in the morning, because he’d watched it burn all night in his dreams.”

Johnson can be just as poetic when writing more simply. There is Grainier’s encounter with Heinz, a gas station owner:

“I know everything.” Heinz sputtered and fumed somewhat like an automobile himself, and said, “I’m God!”

Grainier thought about how to answer. Here seemed a conversation that could go no farther.

So, I encourage you to give over a pandemic afternoon to Denis Johnson. At one point in the book Grainier dozes, and “[a] train going through the valley didn’t wake him, but only entered his dream.” Let the novella enter your dream, and when we see each other, we can show each other a measure of kindness. 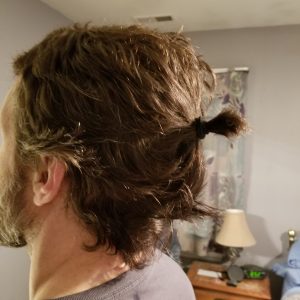 Matt, I fully support this. It’s all good until you send me a photo with a man bun. 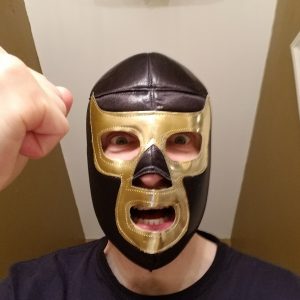